Breakfast:  Coffee in my new mug, a gift from Travis!  I love it so much.  "Women belong in all places where decisions are being made." 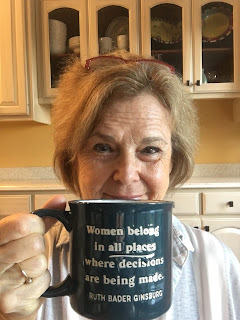 Also, had the green juice.  I bought some beets for veggie cocktails this week.  The tops were so pretty and healthy looking that I included them in the juice today.

Recipe for the veggie cocktail:

Juice a beet (I used 1/3 of a beet because I only have two beets for the week), a 1 lb bag of carrots, 4 large stalks of celery, and an apple.  I divide this into two glasses, one for me and one for Travis. 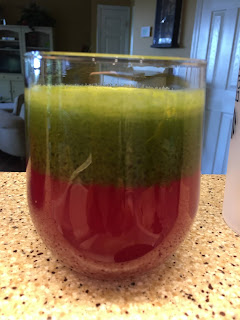 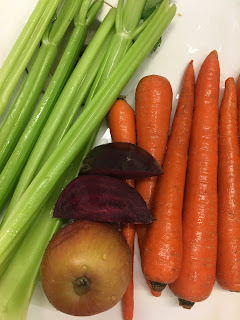 For lunch we had our normal green smoothies.  I included some protein powder and collagen in them today, and I had a Lara Bar. 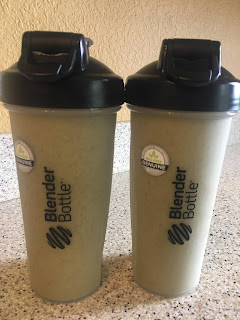 I am still listening to the book The Immortal Life of Henrietta Lacks by Rebecca Skloot.  I usually listen while I am driving and today I had to go into Hot Springs twice, once for my flute lesson and once for flute ensemble rehearsal.

Dinner was a big green salad with bean sprouts and goat cheese with my raw seed crackers and a veggie cocktail.  I also had some of the raw veggie soup I made on Monday.  There is plenty of that to last all week. 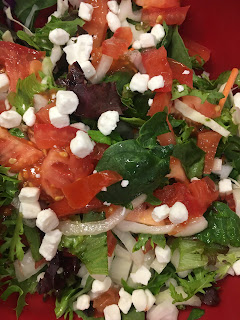 After flute rehearsal I had popcorn and a kombucha.