No appointments today!  But started off with coffee.  Travis picked up some Joffrey's Disney coffee, Apple-y Ever After, so we made that for breakfast today.  I feel like I wasted the whole day sitting around and looking at recipes and such.  I got to chat with my brother a little while, though. Maybe he will come to see me sometime soon! 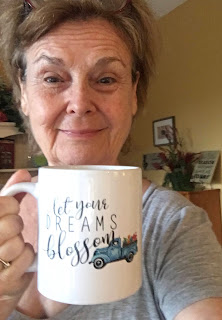 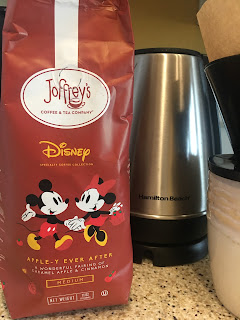 First thing today I prepped food.  I made the lemon ginger blasts green juice, green smoothies, some veggie cocktails, and a dinner salad.  I already have made a raw green soup, leftover spaghetti for Travis' dinner, some lima beans I cooked in the crock pot, some rice, and my raw seed crackers. 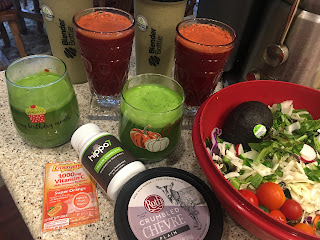 My friend and neighbor, Alice, came by the house with a box of fresh produce that was donated from local grocery stores.  What a great surprise.  The produce needs to be used right away, as it is a little past its prime, but it is awesome.  I forgot to take a picture.  Ugh.  The box had lettuce, tomatoes, cauliflower, green onions, kiwi, avocados, 4 lbs of strawberries, about six big colorful bell peppers, and a cantaloupe!

Lunch:  Green Smoothie.  I was still hungry so I ate the leftover rice we had on hand.

Dinner:  Travis had spaghetti.  I had a salad with goat cheese, the raw green soup, my veggie cocktail, some of the lima beans, seed crackers, and a Lara Bar. 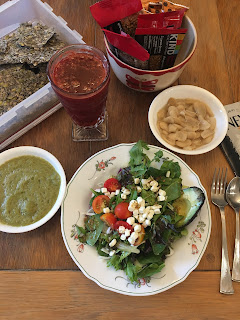 After dinner we watched PBSNewHour and I had popcorn and kombucha.  PBSNewHour covers interesting stories without the drama.  Tonight we learned about the starvation taking place in the Tigray region of Ethiopia.  It is a man made famine that has about 6 million people starving to death.  It is the saddest thing imaginable.  I hope there are people in the world that can find a solution to this.  We also learned about the pop artist named Richard Indiana, the creator of the the word Love made into art.  His death at his home in Maine has a bit of mystery attached to it. 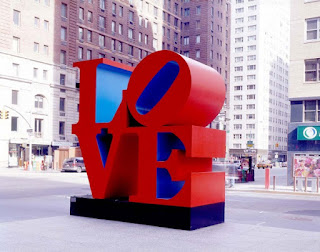