I am fascinated with reading about eating disorders right now.  I asked a therapist one time if he thought I had an eating disorder and he said I did not.  The main symptom I have that indicates an eating disorder is racing thoughts about food.  This probably stems from periods of food insecurity when I was young.  Calorie restriction is a real problem in our culture which can lead to eating disorders.  I read a book back in 2016 called The Great Starvation Experiment:  Ancel Keys and the Men Who Starved for Science by Todd Tucker, and I wrote a book report on it at that time.  I still find this post relevant for me today.

"I read a book a while back called The Great Starvation Experiment - Ancel Keys and the Men Who Starved for Science by Todd Tucker.  This book is a good read for anyone struggling with weight issues.During WWII, beginning in 1944, thirty-six volunteers, conscientious objectors, were hand-picked to participate in a year-long study conducted by Ancel Keys on the effects of starvation.  All were men, about 5'10", about 145 lbs, and in excellent health.  This experiment took place in the basement of the football stadium at the University of Minnesota.  The men were told this study would help with the relief efforts in Europe following the war, and most were eager to do something meaningful in the war effort that did not conflict with their pacifism.I was amazed to learn at what level of caloric intake the body goes into starvation mode.  A graph on page 85 of the book charts the caloric intake of the men compared to their weight.  The normal caloric intake for the men was between 3000-3500 calories.  They were fed at this level for three months to determine what number of calories were needed to maintain weight.  The second stage of the experiment lasted for six month.  During this time the caloric intake was cut in half while activity levels remained the same.  During this stage the men were fed about 1500 calories per day. The third stage of the experiment, the re-feeding,  lasted three months.  During this time the men were divided into three groups.   One group received an additional 400 calories, one received 800 calories, and one received 1200 calories.The most important thing I have learned from this experiment is that 1500 calories a day is not a sustainable diet.  These men looked like POW's by the end of six months on that amount of calories. Not only were they skin and bones, but all sorts of mental and emotional issues manifested.Have you noticed that most diet plans recommend 1500-1800 calories a day?  That diet is not sustainable, and when you try to live on a starvation diet by choice, your will power will only take you so far.  The body's need for glucose and calories will win out every time.  That's when people binge!  Has that not been our experience?Don't ever think for a minute that the people selling you diet plans are not aware of this study!  They know you can go on their restrictive diets and lose weight until you fail and go on an eating binge.  You never blame the diet, though.  You blame yourself for being weak, undisciplined, and lacking in will power.  So then you go back again to try another restrictive diet with a metabolism that will make it even harder to lose weight.The truth is, women need to be eating about 2500 calories a day and men need about 3000 calories a day minimum.  After years of restrictive eating, you will probably gain weight during the re-feeding stage, but the weight will normalize over time." 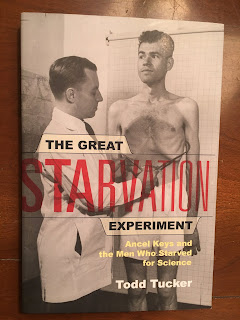 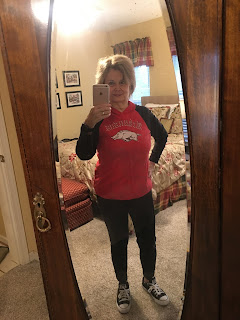 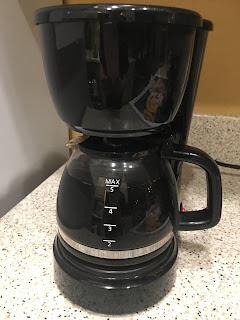 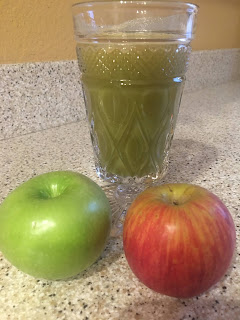 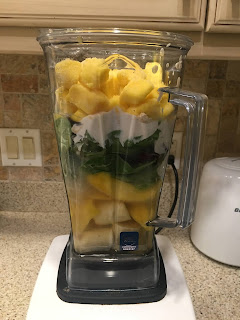 Snacks:  1/2 avocado with coconut; goodie balls, and a bag of peanuts

Dinner:  I made a salad with spring mix, green onions, cherry tomatoes with Bragg's vinaigrette dressing and Gouda cheese.  Also had leftover lentil soup with crackers and a Heineken non-alcoholic beer.  Did you know non-acholic craft beer is popular and gaining in popularity in the US now.  It is already huge in other countries.  I read about it in the New Yorker magazine and wanted to try it.  My Walmart only had the Heineken and Anheuser Busch' so I got the one from the Netherlands!  It's good. 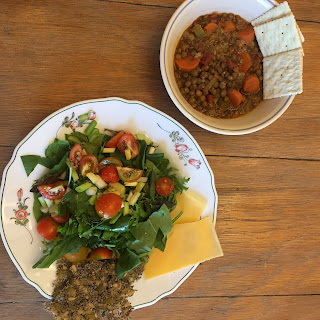