There is a Mouse in the Kitchen

I talked to Travis, Mom, Molly and Ashlyn on Skype this morning.  We had a bad connection, but it was good enough to talk a little bit.  Travis, Molly, and Ashlyn were at Mom's nursing home.  Mom was dressed up and ready to go somewhere, so they were taking her out.

Today I planted some radishes, Chinese cabbage, and paak tsoi in the veggie garden.  I put some fertlizer in little trenches beside the smaller tomato plants that need a boost. 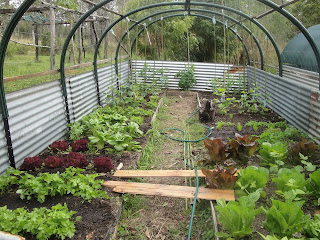 I helped John put compost and mulch around the new trees he planted today.  Then I cleaned the kitchen.

John and I went to Mareeba to pick up his generator.  I don't think it is fixed, though, because I heard him trying to start it after we got back.

I bought two pair of shorts at The Salvation Army Store.  I got watermelon seeds at the hardware store, Sugar Baby and Country Sweet. 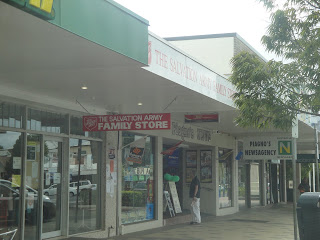 We had consultations at 2:00.  I got my anatomy lesson put into document form and sent to John.

I'm looking for a place to stay in Cairns in September.  Possibilities are Esplanade Backpackers Hostel, Aspect Central, or Bohemia Resort.

I am making slow progress on getting the cobbler's pins out of my Earth-Tec jacket.

Supper was good tonight.  I didn't make a salad.  I had all the regular veggies separate, and I liked it that way.  I had lettuce leaves with a little lime juice, sliced tomato, 1/2 avocado, sauerkraut, pecans and dates.

We have a mouse in the kitchen.  John plans to catch him tonight in a bucket of water.  I'm curious to see how that works out.  I asked John if he had seen the movie Ratatouille about a mouse that can cook.  (He hadn't....but he should.)  Then we talked about nuclear attack movies.  John told me about the movie Soylent Green.  I became aware of that movie when my son, Crockett Harris posted on Facebook one time, "They're eating people", and I had no idea what he was talking about.   My favorite nuclear movie is "The Postman" with Kevin Costner.   I told him about the movie "Blast from the Past" about the family in the 1950's that goes into a bomb shelter because they believe they have been attacked.  They stay there for 35 years before venturing out.

Australian kids are like American kids in that they need friends and neighbors to sponsor their school fundraisers.  I sponsored Sky for $5.00.  I practiced flute and read.
Posted by Janis Hopper at 10:17 PM